The RVCA and its partners are working to protect and enhance environmental conditions in the Jock River Subwatershed. Figure 25 shows the location of all stewardship projects completed in the Monahan Drain catchment along with sites identified for potential shoreline restoration. 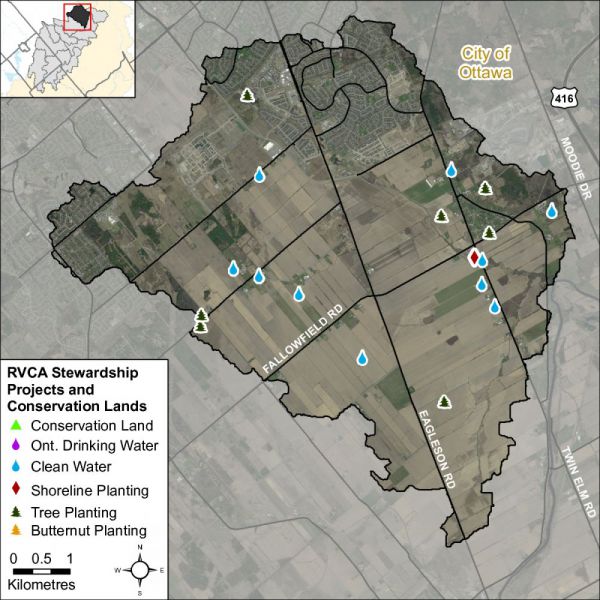 With the assistance of the RVCA’s Shoreline Naturalization Program, 234 trees and shrubs were planted to create a 77 metre long shoreline buffer along the Monahan Drain at a total project value of $4,004.

The Monahan Drain catchment covers 45 square kilometres with 1 square kilometre (or two percent) of the drainage area being within the regulation limit of Ontario Regulation 174/06 (Figure 26), giving protection to wetland areas and river or stream valleys that are affected by flooding and erosion hazards.

Wetlands occupy 12.5 ha. (or less than one percent) of the catchment, all of which are designated as provincially significant and included within the RVCA regulation limit.

Within those areas of the Monahan Drain catchment subject to the RVCA regulation (limit), efforts (have been made and) continue through RVCA planning and regulations input and review to manage the impact of development (and other land management practices) in areas where “natural hazards” are associated with rivers, streams, valley lands and wetlands. Additionally, in the rapidly urbanizing areas of Kanata South within the Monahan Drain catchment , significant effort is made through land use planning and development control processes and carefully planned stormwater management systems, initially guided by master drainage planning and integrated subwatershed planning, to meet the natural heritage and natural hazards policies presented in the City of Ottawa Official Plan. Also, within areas beyond the regulation limit, protection of the catchment’s watercourses is provided through the “alteration to waterways” provision of the regulation. 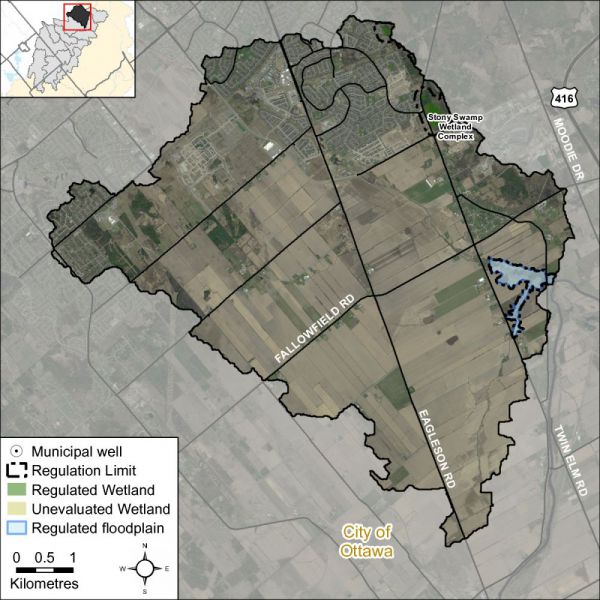