Land cover and any change in coverage that has occurred over a six year period is summarized for the Long Lake catchment using spatially continuous vector data representing the catchment during the spring of 2008 and 2014. This dataset was developed by the RVCA through heads-up digitization of 20cm DRAPE ortho-imagery at a 1:4000 scale and details the surrounding landscape using 10 land cover classes.

As shown in Table 20 and Figure 1, the dominant land cover type in 2014 is woodland.

From 2008 to 2014, there was an overall change of three hectares (from one land cover class to another). Most of the change in the Long Lake catchment is a result of the conversion of woodland to settlement (Figure 87). 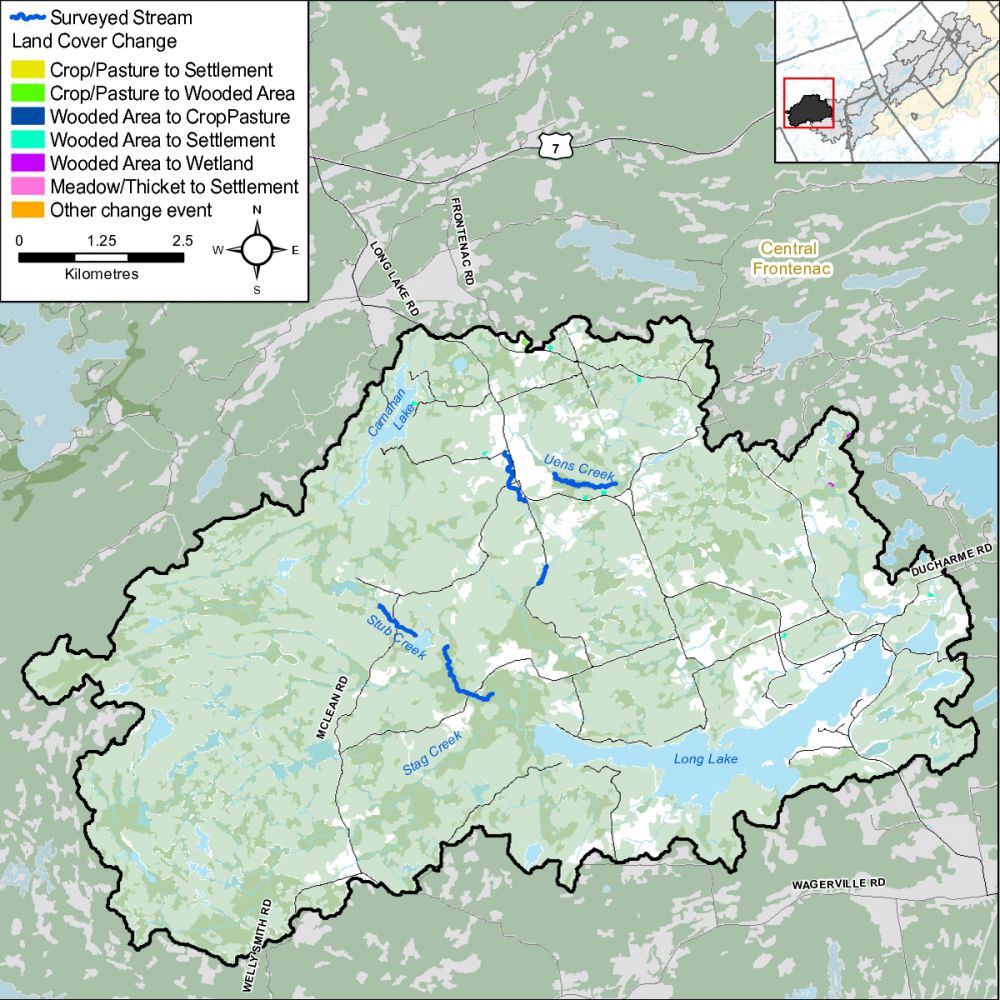 Table 21 provides a detailed breakdown of all land cover change that has taken place in the Long Lake catchment between 2008 and 2014.

As shown in Figure 88, 61 percent of the Long Lake catchment contains 5206 hectares of upland forest and 47 hectares of lowland forest (treed swamps) versus the 47 percent of woodland cover in the Tay River subwatershed. This is greater than the 30 percent of forest cover that is identified as the minimum threshold required to sustain forest birds according to the Guideline and which may only support less than one half of potential species richness and marginally healthy aquatic systems. When forest cover drops below 30 percent, forest birds tend to disappear as breeders across the landscape. 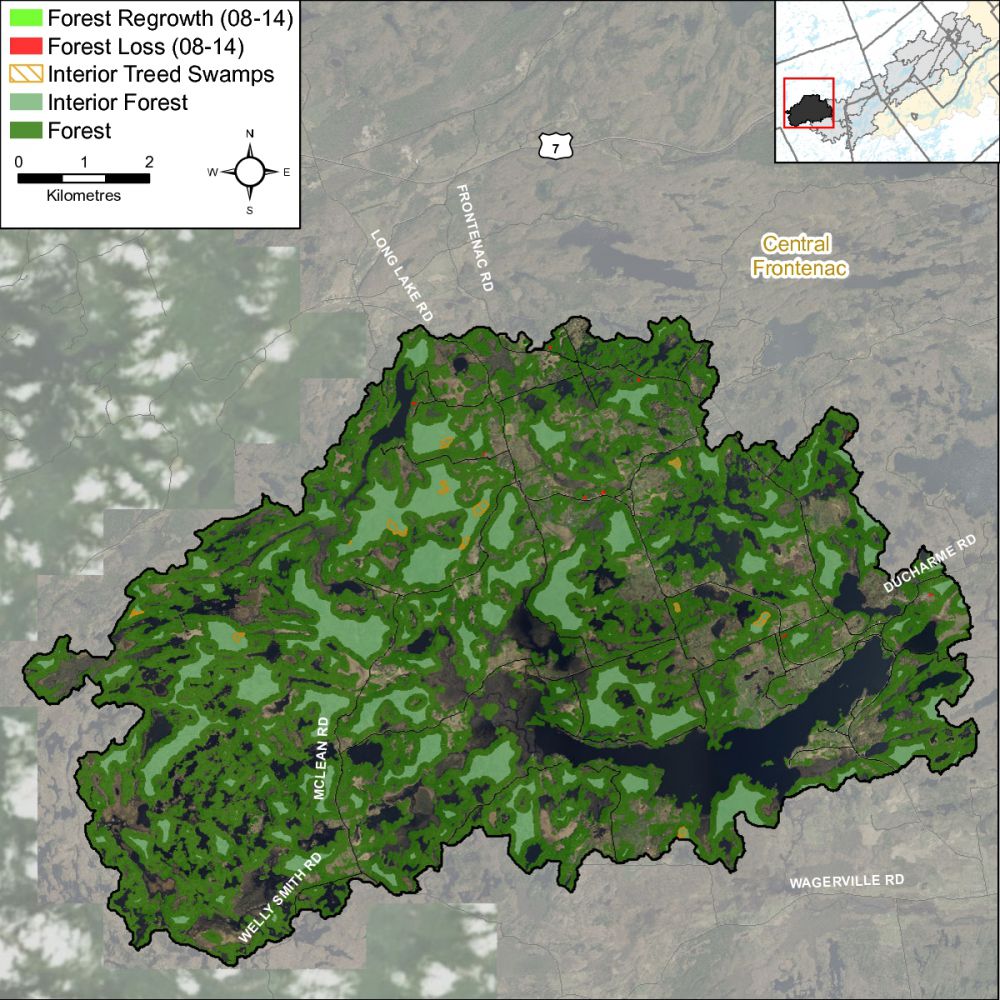 In the Long Lake catchment (in 2014), one hundred and twenty-five (50 percent) of the 248 woodland patches are very small, being less than one hectare in size. Another 93 (38 percent) of the woodland patches ranging from one to less than 20 hectares in size tend to be dominated by edge-tolerant bird species. The remaining 30 (12 percent of) woodland patches range between 20 and 1677 hectares in size. Seventeen of these patches contain woodland between 20 and 100 hectares and may support a few area-sensitive species and some edge intolerant species, but will be dominated by edge tolerant species.

Conversely, thirteen (five percent) of the 248 woodland patches in the drainage area exceed the 100 plus hectare size needed to support most forest dependent, area sensitive birds and are large enough to support approximately 60 percent of edge-intolerant species. Five patches top 200 hectares, which according to the Environment Canada Guideline will support 80 percent of edge-intolerant forest bird species (including most area sensitive species) that prefer interior forest habitat conditions.

Table 22 presents a comparison of woodland patch size in 2008 and 2014 along with any changes that have occurred over that time. A decrease (of three hectares) has been observed in the overall woodland patch area between the two reporting periods.

In the Long Lake catchment (in 2014), the 273 woodland patches contain 37 forest interior patches (Figure 47) that occupy 11 percent (908 ha.) of the catchment land area (which is greater than the five percent of interior forest in the Tay River subwatershed). This is greater than the ten percent figure referred to in the Environment Canada Guideline that is considered to be the minimum threshold for supporting edge intolerant bird species and other forest dwelling species in the landscape. 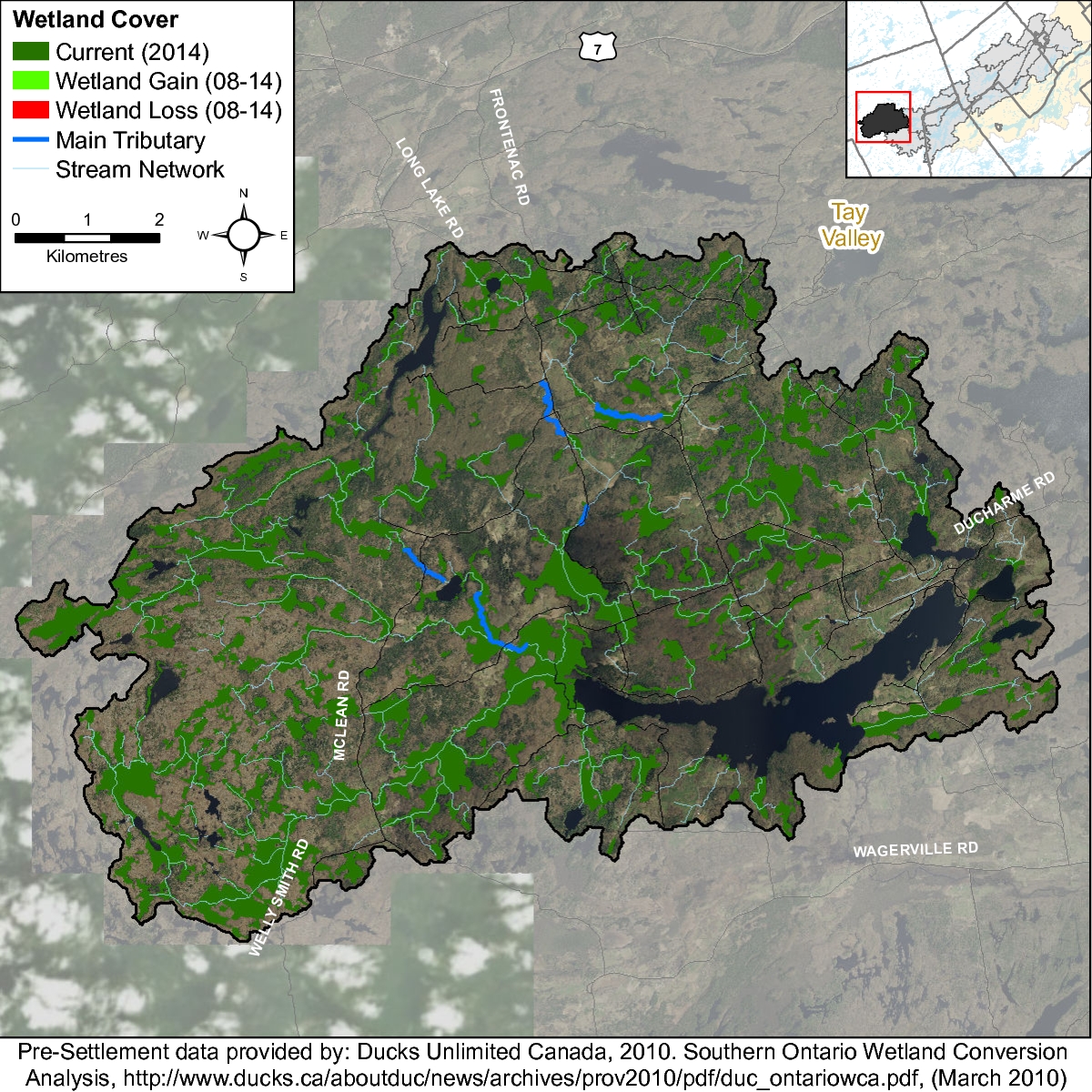 Reliable, pre-settlement wetland cover data is unavailable for the Long Lake catchment; however, data for the years 2008 and 2014 is available and shows that wetland cover remains unchanged at 21 percent in 2014 (as indicated in Table 24 and shown in Figure 89). To maintain critical hydrological, ecological functions along with related recreational and economic benefits provided by these wetland habitats in the catchment, a “no net loss” of currently existing wetlands should be employed to ensure the continued provision of tangible benefits accruing from them to landowners and surrounding communities.

Figure 90 shows the extent of the ‘Natural’ vegetated riparian zone (predominantly wetland/woodland features) and ‘Other’ anthropogenic cover (crop/pastureland, roads/railways, settlements) along a 30-metre-wide area of land around Carnahan and Long Lake, other lakes and along both sides of the shoreline of Stag, Stub and Uens Creek and the many unnamed watercourses (including headwater streams) found in the Long Lake catchment. 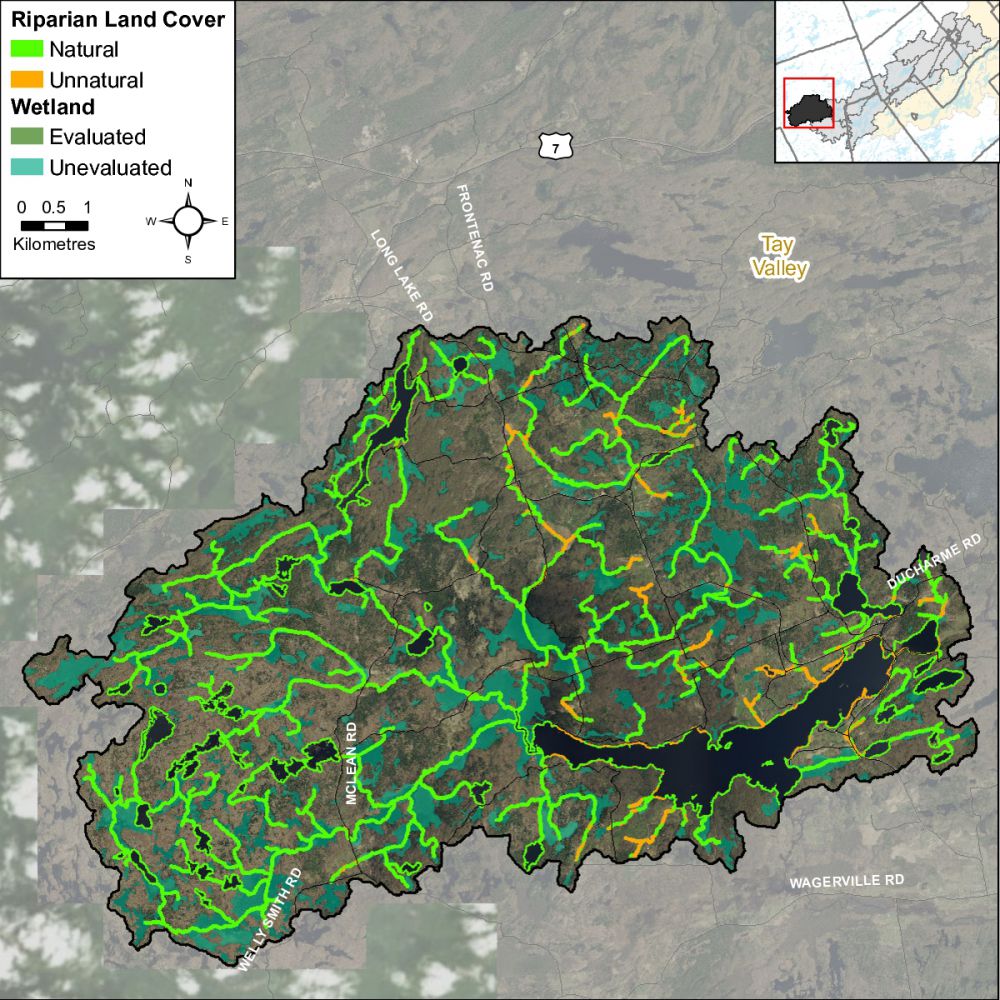 Around Long Lake itself, the shoreline buffer is dominated by woodland (56 percent) and cottages, houses and camps (23 percent) with the remainder comprised of wetland (12 percent), roads (six percent) and crop and pastureland (three percent). The shoreline buffer around Carnahan Lake is dominated by woodland (95 percent) with the remainder comprised of cottages and houses (two percent), wetland (two percent) and roads (less than one percent).

Additional statistics for the Long Lake catchment are presented in Tables 25 to 28 and show that there has been little to no change in shoreline cover from 2008 to 2014.